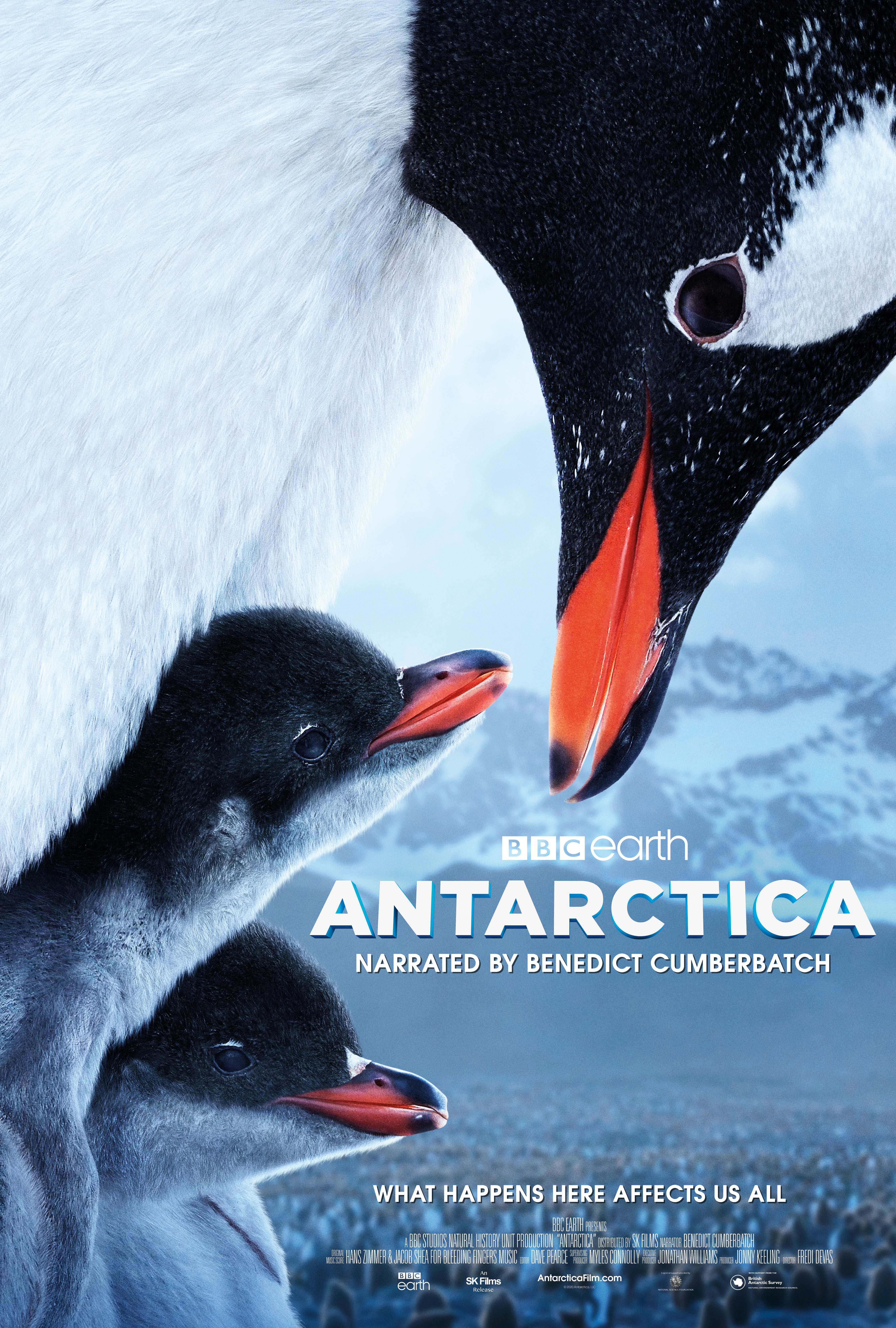 It is a land of mystery and yet what happens here affects every single one of us. With never-before seen footage, our story brings audiences to the farthest reaches of this wild and majestic continent. It is the coldest, driest and windiest place on Earth with the roughest oceans and yet, weird and wonderful creatures thrive here in astounding abundance. Antarctica is the perfect fit for the Giant Screen.

Using the latest underwater filming techniques, dive beneath sea ice, more than 6 feet thick, to experience the alien world of its seafloor - thousands of purple starfish scuttling to escape being entrapped by growing ice and elaborate jellyfish dancing a deadly dance. Swim alongside playful seals, soar above mountain peaks and vast penguin colonies and witness the largest congregation of fin and humpback whales ever filmed.

Although so remote from us, Antarctica and its surrounding Southern Ocean play a vital role for the entire planet, regulating ocean currents, sea levels and its wildlife-filled waters can absorb huge amounts of carbon. New science is revealing that dramatic changes are occurring and rapidly warming this pristine land of snow and ice. No one owns Antarctica but it will take global cooperation and collaboration to protect it and ensure the future health of our planet.